Chuseok is a festival that brings families together. People gather around the dining table and
enjoy eating traditional chuseok recipes. Even though many Korean holiday foods are prepared during this time, it is also noticed that these are very nutritious. Packed with everything that is needed for a person to be healthy. The entire spread on the table contains soups, jeon, fruits, meats, and many other dishes.

It has been observed for centuries that, Koreans have incorporated every kind of vegetable, fish, and meat in their meals so that each person of the family can benefit from them. During chuseok, Korean festival food offers you all kinds of varieties. This is the secret about Korean Thanksgiving food. Even though you might think that some of the dishes might be heavy, they’re not. They were all initially cooked up to keep you healthy and hope for you to live a long life.

Chuseok food or Korean thanksgiving food holds a very important place in the celebration of the festival. It is something the members of a family bond over and show their love for each other. There are plenty of chuseok recipes that are cooked in the mid-autumn festival.

Songpyeon (송편, 松䭏) is like tteok, they are half-moon shaped rice cakes that contain a variety of sweet fillings. They are steamed over pine needles to give them a hint of pine trees and an appealing fragrance. In the ancestral times, Songpyeon chuseok was offered during Charye to show gratitude for the good harvest in the year.   It is also said that those who can make good Songpyeon will get a good life partner or spouse.

Pajeon is a scallion pancake that is enjoyed during the feast. Scallions are rested on a pan and a batter of rice flour/wheat flour, eggs, water, soybean paste, and sugar. The scallions are highly visible in this dish and taste splendid. Different meats are also used in the making of this Korean festival food and have also been served at the king’s table during the Joseon era.

Wanja jeon is a very simple dish that is savory and a little sweet. It can be made with simple ingredients like ground meat, vegetables, eggs, and tofu. It is made in huge batches and shared with family as well as closed ones during chuseok. Along with on occasions, this Korean holiday food can be found in lunch boxes.

Made usually by pork or beef ribs, galbijjim (갈비찜) is served with Songpyeon, taro soup, and chestnut dumplings among other Korean chuseok food. It was previously served in a hap which is a bowl with a lid and even now is served in a bowl. While the ribs are cooked on a simmered flame, at the near end of the cooking process shitake and Seogi mushrooms along with chestnuts are added to it to enhance the taste.

Tri-coloured Namul is made from vegetables of different colors. They are served to balance out the heavy dishes that are consumed during the feast. They are mostly green, white and brown vegetables.  Traditionally, the three vegetables served are sigeumchi namul (spinach), doraji namul (Korean bellflower root), and gosari namul (fern brake).

Japchae initially was a dish served to King Gwanghaegun. Once a royal dish, it is now served on many occasions including Chuseok. Japchae (잡채; 雜菜) is made using glass noodles that are essentially made from cellophane, potato starch. They are cooked with stir-fried vegetables, mushrooms, and meat. Just like any other Korean thanksgiving food, japchae is nutritious and enjoyed with family and close ones.

Toranguk is made from taro and beef brisket during Chuseok. Since taro is its peak season during the Korean thanksgiving this soup is made in a large quantity. This simple dish is packed with vitamins, minerals, and protein which is very healthy for everyone.

A cinnamon punch made with dried persimmon and cinnamon is a drink made along with Korean festival food. It is made by adding dried persimmon and ginger boiling at low heat. Once boiled it is cooled down before adding honey or sugar and boiling it again. Though it is an easy recipe, it takes time to make. The recipe of this punch has changed over the years and has been known to be first made by ladies of the royal court during the new year’s celebration.

An expensive but delicious Korean holiday food is the hairy crab. The reason behind its high price is that they are only available for a few weeks during the mid-autumn festival. They are popular for their buttery roe and sweetmeat.

Sikhye is a beverage consumed after a hearty meal as a dessert. It is made by pouring malt water over cooked rice and letting it steep into the rice. They are also available in stores in cans and are very helpful in digestion because of the presence of dietary fibers and anti-oxidants. It has been served in the royal courts as well and is known to cure hangovers.

What foods are eaten on Chuseok?

Songpyeon, rice cakes that are steamed over a layer of pine needles, are traditionally eaten on Chuseok. Other popular dishes include japchae, sweet and savory dumplings, and yakgwa, a deep-fried honey cookie.

What do Koreans eat on Thanksgiving?

What are main dishes people eat during Chuseok holiday?

What do Korean Americans eat for Thanksgiving?

Korean Americans may eat traditional American Thanksgiving foods such as turkey, stuffing, and mashed potatoes, or they may eat Korean food.

What do you serve with Chuseok?

There are many traditional foods served during Chuseok, but some of the most common are songpyeon (rice cakes), yakgwa (fried honey cakes), and japchae (stir-fried noodles with vegetables).

How do you reheat songpyeon?

Songpyeon can be reheated in a steamer for about 5 minutes or in the microwave for about 1 minute.

Songpyeon are small, rice cakes that are traditionally filled with sweet ingredients such as honey, brown sugar, or red bean paste. They are steamed over a layer of pine needles, which gives them a subtle, woodsy flavor.

Is Mochi the same as rice cake?

Mochi is a type of rice cake that is made from sweet rice. It is chewy and often has a filling, such as fruit or chocolate. Rice cakes are made from rice that has been steamed and pounded into a cake. They are often eaten as a snack or dessert.

What is songpyeon in Korea?

Songpyeon is a type of Korean rice cake that is traditionally made during the harvest festival, Chuseok. It is made from rice flour, water, and salt, and is typically filled with sweet fillings such as honey, chestnuts, or red bean paste.

Why is songpyeon eaten on Chuseok?

Songpyeon is eaten on Chuseok because it is a traditional Korean food that is eaten on the holiday.

No, tteokbokki is not sweet. It is a savory dish made with rice cakes and vegetables in a spicy gochujang sauce. 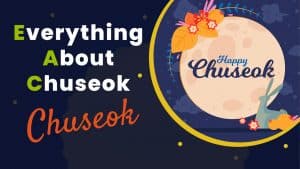 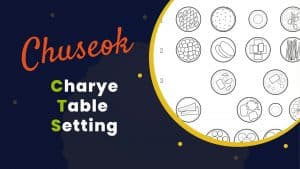